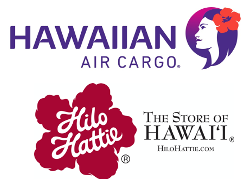 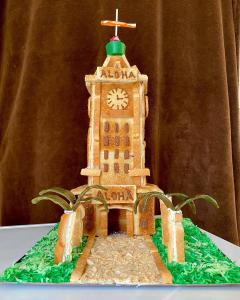 Creativity at its Best — Winner Gets 50K HawaiianMiles

Wow! We didn’t expect such amazing creations. We were thrilled to see the fun Toasty Houses — and even more to read the comments on how the contest brought people joy!”
— The Love's Bakery Team
HONOLULU, HAWAII, UNITED STATES, January 5, 2021 /EINPresswire.com/ -- The entries to the Toasty House Contest by Love’s Bakery were amazing! So, the selection of a winner was especially difficult. In the end Love’s announced that Jessica Rickman’s Aloha Tower made with Love’s Jumbo White Bread that won over the judges. See the Winner here! The entries were judged on Creativity, Originality, Overall Appeal, Attention to Detail and Quality of Construction.

Love’s received a variety of designs, from cute cottages to Toasty House Mansions, Iolani Palace, a Fire Station, a Hospital Tribute to Healthcare Workers, the 3 Pigs houses, and much more. The comments that accompanied some the entries were heartwarming. Some said it ‘saved their holidays, by making them happy.’ Many said it took them a couple of days to build their masterpieces — but they loved spending the time. All in all, the contest was very successful — and Love’s hopes to create an annual Toasty House Hawaii tradition. See the entries HERE.

“Wow! We didn’t expect such amazing creations,” stated the Love’s Bakery Team. “We were thrilled to see the fun Toasty Houses — and even more to read the comments on how the contest brought people joy!”

And the prizes? Love’s Bakery, paired with another beloved local brand, Hawaiian Air Cargo, for the grand prize of 50K HawaiianMiles. And all those who entered will get a fashion face masks from Hilo Hattie.

About Love’s Bakery
Founded in 1851 by a Scottish baker named Robert Love, Love’s Biscuit & Bread Co. originally specialized in ‘re-baking’ bread from sailing ships that had become inedible, as well as selling hard biscuits called hardtack. The business expanded in 1924, and by 1932 its operations were concentrated on wholesale only. Owned by the Love family until 1968, it was sold first to ITT Continental Baking Company, then in 1981 to First Baking Company of Japan. In 2008, management brought its ownership back to Hawaii. Love’s Bakery produces many varieties of bread and buns. It also distributes products from Bon Appetit, Punalu‘u, Franz, Little Debbie and Give ‘n Go. The company employs over 250 people in Hawaii and supports a number of local non-charities with bread donations which it will expand in celebration of its 170 anniversary in 2021.

Why Does Caregiving Become All-Consuming for Some Caregivers and Not Others?