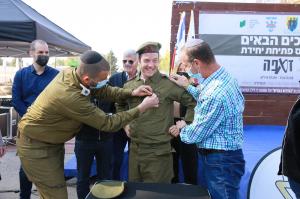 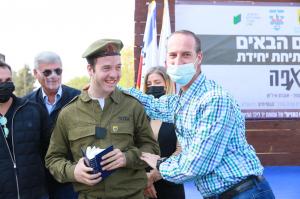 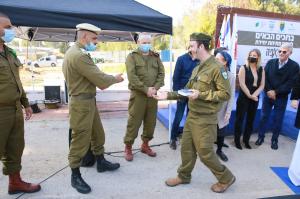 One proud father recounts his family’s story and how his son, diagnosed with autism, realized his dream of becoming a soldier in the IDF.

LAKEWOOD, NJ, UNITED STATES, February 16, 2021 /EINPresswire.com/ -- Eyal and Meirav Dagan were married for less than five years when their second son Amit, now 20, was born. At the time, Eyal was a senior officer in the IDF, a warrior and combat soldier who spent most of his time away from home, while Meirav was a stay-at-home mom caring for eighteen-month-old Matan and infant Amit.

When Amit was 3 years old, Eyal was off defending the State of Israel and fighting in Gaza when his wife Meirav received the official diagnosis that their son suffered from PDD and was on the autistic spectrum, although it was still early to establish his level of functioning. Both recall the day as if it were yesterday.

As a longtime soldier and senior officer in the IDF who’d served devotedly for a quarter of a century and been decorated numerous times before retiring honorably, Eyal Dagan had always felt a strong national pride and love of his land, people, and military. In the innermost recesses of his heart, he still hoped and prayed that, one day, his three sons—including Amit—would follow in his footsteps in giving their hearts and souls to their homeland and defending their people.

It was a whimsical dream, too remote from reality to be attained… Until the day that Eyal was introduced to Special in Uniform, an innovative program created in conjunction with JNF-USA that integrates youth with mild physical and mental disabilities and autism into the Israel Defense Forces and helps prepare them for a career following army service. The program offering adolescents with special needs training and skills that empower them to integrate long-term into Israeli society and the workforce by accentuates the unique talents of each participant and placing him or her into an appropriate setting within the IDF.

Special in Uniform’s volunteer training program culminates with graduating youths receiving their soldier’s IDs and being placed in military bases across Israel where they cull from the knowledge and skills that they acquired to perform important jobs on base, forget their disabilities and focus instead on their versatile abilities and talents. In the past decade, thousands of young citizens with physical and mental disabilities have contributed their part to Israel’s military. Over the years, the program has increased by a thousand percent, expanding from 50 to 500 participants in 35 army bases around the country, with a long waiting list. Its passionate leaders are ambitiously planning to ramp up enrollment to 1,000 participants by 2023.

On February 18th at 8:00p ET JNF and Special in Uniform will kick off the New Music Inclusion Program with special a zoom event.

The musical program’s aim is to further integrate our Special in Uniform soldiers. This is an opportunity to experience the military (as do most other young Israelis) while expanding their social skills. Music is uniquely interactive. The goal of the Music program is to expose those with autism and other disabilities to an environment where individual differences are celebrated and where no one will be embarrassed.

Serving in the IDF generally, and participating in music, encourages our special needs youths to become secure and independent soldiers who integrate into society. The time spent in military service seemingly and miraculously improves participants’ social skills, basic life skills, and instills in them a belief in their abilities. In doing so, they find themselves able to contribute to society to the best of their ability.