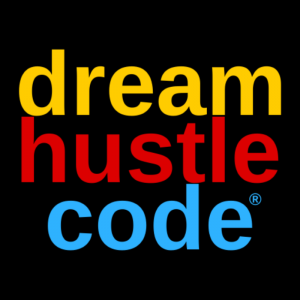 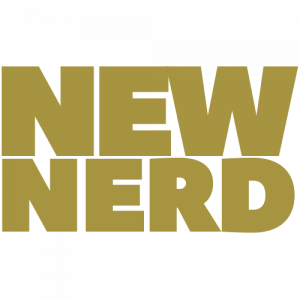 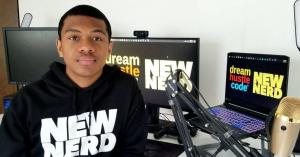 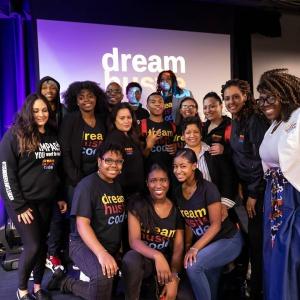 Ian shows teenagers how to change their world.

Ian Brock, the 16-year-old co-founder of Dream Hustle Code, links arms with an industry titan to show underserved teenagers how to change their world.

Ian shows kids that tech can be fun, and exciting, and possible whether they’re interested in music, entertainment, fashion, gaming, sports, or art.”
— Michael Brock, Co-Founder of Dream Hustle Code
CHICAGO, ILLINOIS, USA, February 16, 2021 /EINPresswire.com/ -- Just in time to make tangible positive advancements for Black Americans, a “kid” has decided to up the ante for future generations. Already having worked with some of the world’s most recognizable luminaries, Ian Brock is the 16-year-old co-founder of Dream Hustle Code. With a practical approach, Brock’s non-profit corporation introduces kids in underserved communities computer science, coding and other work-of-the-future skills. Now, in partnership with Microsoft during Black History Month, Brock will launch the Teen Tech LIVE event. This historic event will introduce thousands of kids across the U.S. to computer science, technology, and personal development. To “sneak learning in on ‘em,” the largest live virtual field trip on the planet will give kids a much needed break from the norm and feel nothing like school. Think of it as a fun, kid-sized version of the most exciting trek through the creation of innovation. Now, take it up a notch. Envision the event as a way to gain the newfound gettable-get; prosperity for every kid’s future regardless of their color. Grinning yet?

Dream Hustle Code wants to inspire students to see firsthand that they can be the creators of tech and not just the consumers of it. The Teen Tech LIVE event will bring together music, tech, gaming, computer science, and celebrity drop-ins to help kids learn, connect, and shape the future of innovation. Besides the obvious, why is this important? Because computing jobs are the number one source of new wages in the U.S. These jobs are in every industry and every state and are projected to grow at twice the rate of all other jobs.

Michael Brock, Co-Founder of Dream Hustle Code, said, “Many people of color aren’t widely encouraged to enter technological professions. And a large majority of students don’t learn computational skills in school. That’s especially true in underrepresented and underestimated groups. But we’ve found a way to get the students’ attention and go around that. We know now, they are five times more likely to take an interest in computer science if they see people like them who are interested in it. That’s why hundreds of students of all ages and ethnicities have passed through our online academy’s virtual doors. Ian shows kids that tech can be fun, and exciting, and possible whether they’re interested in music, entertainment, fashion, gaming, sports, or art. This goes far beyond code and programming.”

During the COVID-19 shutdown, Ian partnered with McDonald's, Nike, McKinsie & Company, and the Steve & Marjorie Harvey Foundation to help get the word out and introduce hundreds of kids across the U.S., Philippines, Canada, Bahamas, Ghana, and Africa to computer science. His New Nerd Virtual CS+Personal Development Mini Boot Camp opened the door for two internship opportunities for one Latina high school student and one male HBCU student studying computer science.

About Dream Hustle Code:
Dream Hustle Code is a 501(c)(3) organization whose mission is to introduce millions of Black and Brown youth and girls to computer science, programming and personal development.