Acclaimed Actress/Writer, Wendy Wilkins, Examines Her Career and How Happy She is to be a Working Actress 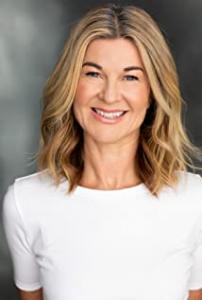 LOS ANGELES, CA, UNITED STATES, August 31, 2021 /EINPresswire.com/ -- I am an LA based working actress, originally from Australia via London, but have been here for over 15 years and am proud to be a US citizen. I studied theater at the prestigious Royal Academy of Dramatic Art in London working on classical technique and Shakespeare. I guest starred on Australia's longest running and most beloved series, "Neighbors", where Margot Robbie was a series regular. After arriving in the United States, my career took off as I studied with the highly respected Ivana Chubbuck, and Katt Shea appearing in numerous films winning awards in festivals from Ojai to Sundance. I currently am the author of a successful memoir, "Sex, Love & Cops", and am represented by Aqua Talent Agency and 3G Management

I am a SAG/AFTRA working actor/actress. Through all of that though, I feel like only now I can finally call myself a working actress. After 15 years working on the craft, many audition, and rejections. It really is true what many industry people/mentors have told me to just keep doing the work and eventually you will get noticed for it. My work is a combination of referrals and standard auditioning with having a great team around me. I also just completed directing and playing the role of the wife of a wonderful actor, Kevin McCorkle, who is very involved with the Sag/Aftra foundation and teaches film at USC School of Dramatic Arts. We belong to a writing / reading group where we cast people from the group to have our work read. It’s pretty cool.

I’m also off to support my fabulous actress friend who is the lead in a film Premiering at the Pasadena film festival. It will be nice to see it on the big screen and I have a little role in it. We met in Ivana Chubbuck's acting class many years ago (Ivana has coached countless successful actors such as Charlize Theron and Halle Berry for their respective Oscar winning roles in Monster and Monster's Ball).

By booking more and more work, I finally feel like I can call myself a working actress. During COVID, obviously things have been quieter but thankfully it is starting to pick up. I was doing several Casting Director workshops online and keeping up working on the craft to "stay fit". The industry obviously has changed and adapted to the current situation and many bookings are purely off self-tapes these days, I booked my last two this way. I am noticing more requests for local hire in Los Angeles which is great and the reason I moved and based myself in Los Angeles as it is supposed to be the center of film making. I notice so many films get made overseas because of cheaper production value, it's a little disappointing to move your whole life here and then find a production set in America but is filmed in Australia, Canada, Malta, Bulgaria. I get it, if it is supposed to be "Europe" but it would be great if we were able to make more local films /productions here and support our local industry.

Currently, millions and millions of people have seen my face every day as I play a teacher in Olivia Rodrigo’s latest music video. It is just a small role but one of many roles that you need to be prepared for on a large set opposite a hugely popular young singer of the moment. You need to be prepared and do your job and get out. Olivia is very talented obviously and also FYI super sweet, she took the time to introduce herself and say hi to all the "students" on set which I thought was lovely.

I just got asked back for the second time to do an acting role in Wisconsin and that really feels like validation when you get called back by the same production company. I also just completed filming a role in a movie, playing Sally the FBI agent, in "Justice for Lizzie" with a great cast and crew and the director is from a Hollywood film royalty family. Bruce Schwartz relatives' created Baywatch, Gilligan’s Island and the Brady Bunch just to name a few classic TV shows.

It takes a while to navigate and settle in and feel like home in LA. Hopefully, more and more productions will be filmed locally here, after all it's the reason I moved here to follow my career as it is where all the studios are based, the main talent agencies, producers, film makers, and where the Oscars are held. At least I finally cracked the code and am a happy working actress.