Faith Is Served At US Open 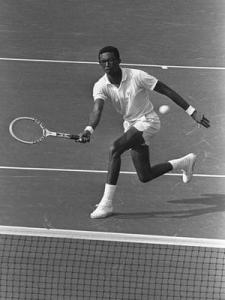 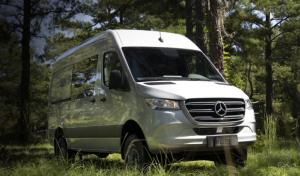 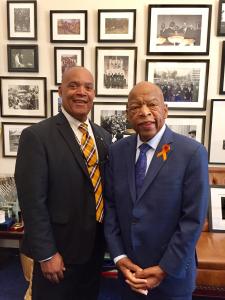 A loaner Mercedes Benz Sprinter Van is eyed for Operation Arthur Ashe distribution plan with items collected during 2021 US Open.

With teenagers making a forceful stand at the US Open, it’s more than a placebo for the next generation of tennis players. Not only can they compete, but win as well.”
— Don Victor Mooney
FLUSHING, NEW YORK, UNITED STATES, September 11, 2021 /EINPresswire.com/ -- A representative for Mercedes Benz USA, called Don Victor Mooney, President of H.R. 1242 Resilience Project on Friday.

H.R. 1242 Resilience Project humanitarian request for a loaner Mercedes Benz Sprinter Van to distribute tennis rackets, balls, and bags stuffed with school supplies for children in New York and across America has been received.

Arthur Ashe was the first black player selected to the United States Davis Cup team and the only black man ever to win the singles title at Wimbledon, the US Open, and the Australian Open.

Ashe advocated the power of tennis and education.

With teenagers making a forceful stand at the US Open, it’s more than a placebo for the next generation of tennis players. Not only can they compete, but win as well, said Mooney.

If our request is granted, our last stop will be in Atlanta, Georgia. After a ceremonial stop at John Lewis Freedom Parkway, the vehicle heads to Mercedes Benz USA corporate headquarters, then I'll fly back to New York, added Mooney.

Rep. John Lewis, a Georgia Democrat and civil rights icon, died in July 2020 at 80 years old. Early on, he was a supporter of Mooney's attempt to row from Africa to Brooklyn for AIDS awareness. His transatlantic row was completed on a fourth try.

In a letter dated, July 17, 2019 and mailed to Mooney, Rep. Lewis said, it is my belief that the only way to learn from the mistakes of our past and ensure a better future is to continue educating others and honoring the legacies of those who came before us.

On the eve of the US Open, Mooney convene a prayer vigil at USTA Billie Jean King National Tennis Center in memory of Arthur Ashe. Rev. Herbert Daughtry closed the moment of remembrance, which coincided with National Faith HIV/AIDS Awareness Day. He hopes to depart from that very spot on September 20 to begin Operation Arthur Ashe distribution.

Among other things, a lob shot was sent this week for manufacturers to drop sneakers inside the tennis bags collected. For more visit, www.hr1242resilience.com.