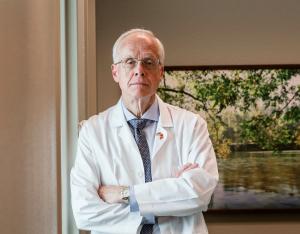 Bud Pierce, MD, Candidate for Oregon Governor in his office 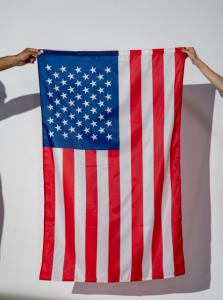 Oregon schools are some of the poorest performing schools in the nation. Our teachers must focus on teaching students the essential skills needed to succeed in society”
— Dr. Bud Pierce, Oncologist and Candidate for Oregon Governor
SALEM, OR, USA, September 16, 2021 /EINPresswire.com/ -- Republican candidate for Oregon Governor, Dr. Bud Pierce expressed shock and dismay today when a former president of Oregon’s Newberg Education Association publicly removed an American flag from her classroom. It was reported English teacher Gail Grobey said the flag represented “violence and menace and intolerance."

Grobey was quoted saying she removed the American flag to protest the school board’s ban on other political flags in the classroom.

Regardless of Ms. Grobey’s personal reasons for depriving her students of their classroom’s American flag, Dr. Pierce, a Marine veteran, said that the Newberg teacher is misguided.

“Many generations of Americans have toiled to create this country. We see that people all over the world want to come here for the freedom we offer,” said Dr. Pierce. “The American flag doesn’t represent a political party. It belongs to everyone in our country. It is essential we teach our children to respect our flag.”

He added that he knows no other country that encourages their children to see their country’s flag as a negative symbol.

Dr. Pierce continued, “Oregon schools are some of the poorest performing schools in the nation. Our teachers must focus on teaching students the essential skills needed to succeed in society.”

“We have been afforded incredible freedoms in the United States, and one of those is to have open discussions about our country and our history. Our schools have lost their perspective,” Dr. Pierce concluded.

Bud Pierce, M.D, Ph.D. is a business owner and senior partner of Oregon Oncology Specialists, one of the last physician-owned practices on the West Coast. He announced his candidacy for governor on the Republican ticket in April 2021. Approved photos and biography can be found at www.BudPierce.org/newsroom.

To arrange an interview with Dr. Pierce, email news@budpierce.org.