Me, The “Other” Wins Best Feature Documentary Film at NYC’s 2021 Astoria Film Festival 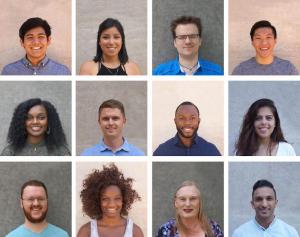 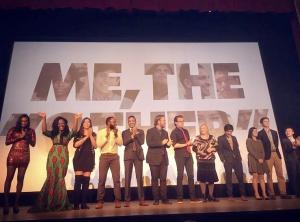 Me, The “Other” tells the story of 12 Michigan students and their journeys through prejudice and adversity by asking difficult questions.

My hope for this film is to share the sacred place inside where, beyond the clouds of prejudice, lies a place of light, warmth, hope, and pure love called the human soul.”
— Shidan Majidi

NEW YORK CITY, NEW YORK, USA, October 13, 2021 /EINPresswire.com/ -- A film about otherness and oneness, Me, The “Other” wins Best Documentary Feature Film at the 2021 Astoria Film Festival in the world’s most diverse community. “Our hope is that, through the festival films,” writes Nina Fiore, Founder of the Astoria Film Festival, “people might hear each other’s stories and gain more understanding and empathy. Me The ‘Other’, with its heartfelt personal stories about people who are not always accepted and included by society, perfectly embodies this mission, and does it using the highest quality production and beautiful storytelling.”

The film was co-produced by Shidan Majidi and Shahrzad Mirafzali, who brought together over 200 (mostly volunteers) cast and crew members to address the growing hatred and prejudice within our communities.

By revealing a rich mosaic of the human experience, the film sparks conversations about “otherness” and “oneness”. It has been used by schools, organizations, and colleges, including Oberlin, Penn State, Harvey Mudd, and the University of Michigan, all of which have made the film available to all students, staff, and faculty. The University of Michigan’s Diversity, Equity and Inclusion office has used it campus-wide for its human resources training and ongoing DEI efforts to raise awareness about social issues and affect positive change in the community.

"I'm hoping that the stories in the film will allow audiences to connect with the awareness that the 'other' is me." - Shidan Majidi, co-producer/director

For more about the film, educational viewings and streaming options, please visit metheotherfilm.com

Vimeo Streaming for Personal Use: https://metheotherfilm.com/personal-use