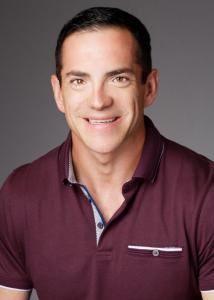 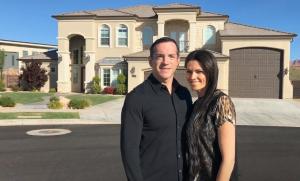 Jeff educates and mentors tens of thousands of students through the ENTRE Institute: a proven solution for entrepreneurs wanting to grow successful businesses.

ST. GEORGE, UTAH, UNITED STATES, December 5, 2021 /EINPresswire.com/ -- To watch Jeff Lerner in action, you would never believe that at one point in his life he was hiding from creditors, facing bankruptcy from failed businesses, and not surprisingly, suffering from depression. Almost $500,000 in debt, his only source of income, playing the piano at private in-home parties, had to be curtailed when he injured his hand and was barely able to play. Having hit what felt like rock bottom, however, Jeff made a remarkable comeback – so much so, that he is now the owner of a business that grew in just two years from a single webinar with 14 attendees, to a disruptive global company with over 50,000 paid students and an emerging target of $100 million per year in sales.

Jeff’s business is ENTRE Institute, a school for entrepreneurs that teaches them how to grow a business in the modern world. Described as a “complete ecosystem” for becoming a successful entrepreneur, the agency provides the education, coaching, community, software and live events necessary for students to achieve their goals. But at Jeff’s insistence, the education provided at ENTRE Institute can only be taught by real entrepreneurs who have built their own successful businesses.

“I attribute my success to the fact that I took advice from those who succeeded themselves,” says Jeff. “Even when I was down-and-out, trying to exist on a jazz musician’s paycheck, I would make a point of talking to the wealthy people who hired me and asking them for advice. This is a habit I’ve never grown out of, and it’s the reason why I insist my students only listen to people who know what they’re talking about!”

For more information about Jeff Lerner and the ENTRE Institute, visit his website at JeffLernerOfficial.com.

After a decade of building multiple online businesses to over eight figures and twice landing on the INC 5000, Jeff turned his focus to educating and inspiring entrepreneurs about the power of entrepreneurship in the modern economy. In 2018 he founded ENTRE Institute where over 50,000 students are developing their ENTREpreneurial skills. He is now regarded as one of the most inspirational voices online in business and personal development.