Sverre Knut Johansen traverses the rhythmic and the spacious, the symphonic and the solitary—ever-anchored by a keen sense of melody on his new album, Metahuman.
METAHUMAN is Johansen’s sixth release on the Spotted Peccary Music label, an… 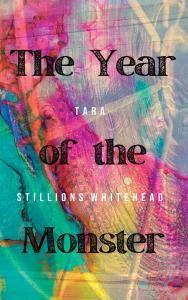 THE YEAR OF THE MONSTER explores American culture as commodity and comorbidity.

Praise for Tara Stillions Whitehead
“With a deftness and economy of language that calls to mind Etgar Keret, and a tender veil of grit and glamor reminiscent of the late Eve Babitz, Tara Stillions Whitehead’s “The Year of the Monster” is cinematic, and captivating. In sixteen stories, ranging from a jarring back-and-forth between movie execs, and an intimate, sultry portrayal of a community ripped apart and renewed by a tornado, Stillions Whitehead’s writing demonstrates an unending capacity for humanity, the kind that is necessary right now. It has to be said: The Year of the Monster is officially required reading.”

“The stories in “The Year of the Monster” are tender, truthful, fiery and finely wrought. Tara Stillions Whitehead has built a collection that leaves little doubt as to her range and mastery as a storyteller. This book could be studied at the level of language alone as her sentences are both elegant and exacting. The people who inhabit these stories have been through some things and there are no easy answers, but let this book serve as a short course in self-acceptance, grit, honesty, and survival. I’m in awe of Whitehead’s intelligence and heart, fully on display in these pages. I know she has many more books ahead of her. I can’t wait to read every one of them.”

“Not all black holes are the size of suns or weigh as much as a galaxy” writes Tara Stillions Whitehead in the title story of her potent, hypnotic hybrid collection “The Year of The Monster,” “Some are small, microscopic, atomic-sized holes.” Freckle-sized black hole on the inner thigh, deleted scene, trauma, alienation, addiction, grief–such invisible centers of gravity litter the landscapes of these stories, drawing their narrators toward transgressions and obliterations, to which they are simultaneously attracted and repelled. But they, and we, are repelled even more forcefully by the casual brutality of Hollywood plotlines, American dreams, the casualties of apocalypse and empire. In language of glitter and grit, paralyzing twilights, and prismatic undertows, Stillions Whitehead resists resolution, expanding the narrative universe, defying both genre and gravity. What survives a black hole? The answer isn’t an end but an action: just turn the page and surrender to the irresistible pull of the next utterly absorbing story.”

—Erin Rodini, And if the Woods Carry You

About Tara Stillions Whitehead
Tara Stillions Whitehead is a filmmaker and multi-genre writer living in Central Pennsylvania. Graduate of University of Southern California’s School of Cinema-Television Production and San Diego State University’s Creative Writing MFA Program, her writing and films work to subvert the toxic cultural narratives endorsed by popular media and the institutions that profit from stigmatizing and disadvantaging marginalized and historically oppressed groups. Her writing was included in the 2021 Wigleaf Top 50 and has been nominated for various awards, including Best of the Net, Best Small Fictions, AWP Intro Journal Awards, and the Pushcart Prize. A former DGA assistant director for television, she is currently Assistant Professor of Film, Video, and Digital Media Production at Messiah University, where she serves as production faculty for narrative filmmaking. Her hybrid chapbook/concept album, Blood Histories, was published by Galileo Press in 2021.

About Unsolicited Press
Unsolicited Press strives to produce exceptional works of fiction, nonfiction, and poetry from award-winning authors. Unsolicited Press based out of Portland, Oregon and focuses on the works of the unsung and underrepresented. As a womxn-owned, all-volunteer small publisher that doesn’t worry about profits as much as championing exceptional literature, we have the privilege of partnering with authors skirting the fringes of the lit world. We’ve worked with emerging and award-winning authors such as Shann Ray, Amy Shimshon-Santo, Brook Bhagat, Kris Amos, and John W. Bateman. Learn more at unsolicitedpress.com. Find us on twitter and Instagram, @unsolicitedp.

“The Year of the Monster” is available on September 27, 2022 as a paperback (202 p.; 978-1-956692-33-4) and e-book (all major retailers). Retailers, schools, and libraries can order copies through Ingram. The author is open to speaking with the media, holding readings, and engaging in other author opportunities. 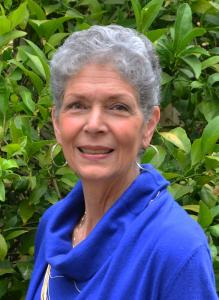 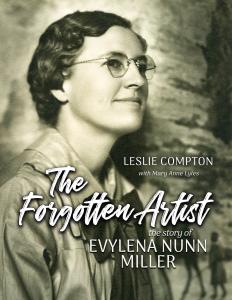 The Forgotten Artist, The Story of Evylena Nunn Miller

An leader among her contemporaries who helped women artists be recognized in the male dominated artistic community.

That she can now be referred to as “forgotten” despite hundreds of paintings, exhibits, and self promotion is a sad but all too true outcome for most artists”
— snash

MEDFORD, OREGON, USA, August 22, 2022 /EINPresswire.com/ — Lena “Evylena” Nunn, was born on July 4, 1888, in Mayfield, Kansas relocating to Santa Ana, California with her family in 1903. Maturing as an accomplished painter, she became a leader among her contemporaries, eager to help artists by establishing scholarships, creating new venues for exhibitions, lecturing, teaching and lending impetus to women’s organizations so they would be recognized among the male dominated artistic community.

Evylena Nunn Miller’s paintings are her view of the world that she embraced as well as her view of life. She mirrors her philosophy of life in her depiction of nature. For Evylena, her life force was her faith and her paintings were acts of faith. She employed the content and symbolism of religious tradition as a source of inspiration.

In painting she expressed her own individual experiences, thoughts and imagination, using her own personal language, (understood by many), a language of mind, heart and hand. It was not her intent to expect viewers to recognize spirituality in her work. The fabric of her private devotion did not overlay her painting, but there is little doubt it contributed to its strength. Landscapes were her particular domain and it was there she was inspired by the Divine Creator.

Evylena Nunn Miller lived a long, productive life. While she rose quickly as a talented artist, this was but one facet of her character. This dynamic woman was a leader among her contemporaries, eager to help other artists by establishing scholarships, creating new venues for exhibitions, lecturing, teaching, and lending impetus to women’s organizations so they would be recognized among the male dominated artistic community.

Among her many achievements, Evylena became the youngest artist to have a painting, WHERE DESERT AND MOUNTAIN MEET, accepted by the Smithsonian Institution.

“Well cited using Miller’s journals, letters, and press coverage to bring this artist to life. For those who enjoy female creators, their influences, and biographies about the slightly less well-known.”

“How may we measure Evylena’s contribution to painting? By her poetic record of California’s landscape, by the lives of the Indians of Arizona and New Mexico, or by paintings of the Holy Land? These were all created with the heartfelt sincerity that God’s hand had created, this magnificence while her brush endowed her painting with the integrity of her faith.” —Mary Anne Lyles, Ph.D., and Leslie Jean Compton, author
___________________

The 6th edition of the Solomon Exam Prep Series 79 Study Guide is now available for professionals seeking their FINRA Series 79 license.
The… 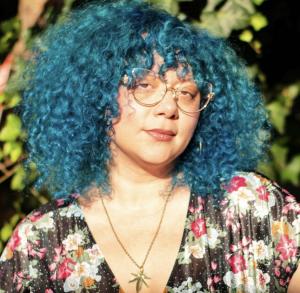 A rare book that will appeal to memoir enthusiasts, history buffs, and fans of formally innovative creative nonfiction. I can’t wait to put this book into the hands of everyone I know.”
— Joshua James Amberson

A wholly original work of creative nonfiction, “Altogether/Different” incorporates elements of personal memoir and American history, focusing on the lives of author Brianna Wheeler, her immediate family, and her ancestor, the African-American freedom fighter Dangerfield Newby, who was the first of John Brown’s raiders to lose his life in their bold bid to spark a national liberation at Harpers Ferry in 1859.

Described by Korza Senior Editorial Consultant Molly E. Simas as “a gratifying blend of vivid scene and investigative interiority, ‘Altogether/Different’ strikes the perfect balance to bring the reader along for the unique and significant journey that Wheeler embarks upon through her family history and into her own present-day purpose. Through precise and vivid storytelling, balanced with rigorous self-interrogation, Wheeler investigates the questions of self and legacy that have hovered in her heart since the deaths of her mother and grandmother.”

For Korza Editorial Consultant Joshua James Amberson, “Brianna Wheeler’s clear-eyed prose is full of wisdom, heartbreak, and humor. She’s crafted a rare book that will appeal to memoir enthusiasts, history buffs, and fans of formally innovative creative nonfiction. I can’t wait to put this book into the hands of everyone I know.”

Brianna Wheeler is the author of the Weekly Potlander column at the Willamette Week where she is also a contributing writer and the host of The Dive podcast. “It’s very rare that the stars align as perfectly as they did when Korza offered to publish the culmination of my grandmother’s genealogy and my own memoir of her passing,” says Wheeler. “Korza met me where I was, which, as an artist, is so essential to fostering a successful project. Because of the care and attention they’ve given my work, it already feels like a success ”

Korza Books is an independent trade publisher founded by Michael Schepps in 2021 and headquartered in Portland, Oregon. In 2022 Korza released the sci-fi literary noir “Split Aces,” the debut collection “Poetry For People: Fifty Years of Writing” by Dixie Lubin with “How To Forget Almost Everything” the debut novel from Joshua James Amberson, coming later this year.